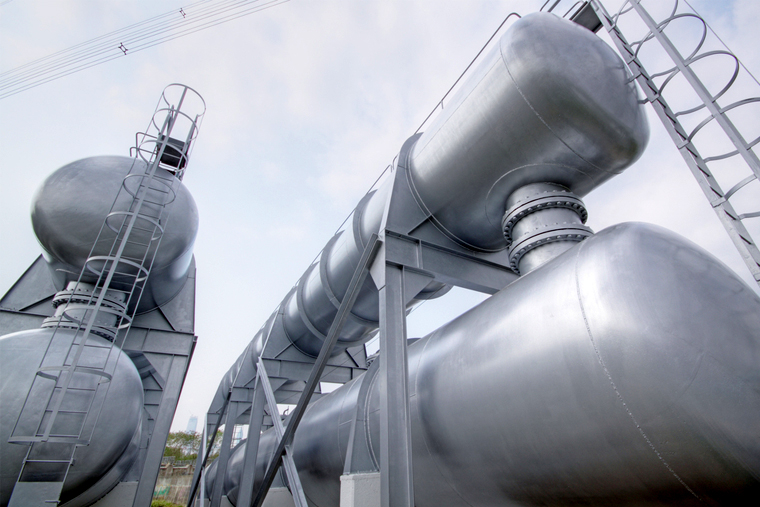 A vapour-liquid separator is a vertical vessel used in several industrial applications to separate a vapour-liquid mixture. Gravity causes the liquid to settle to the bottom of the vessel, where it is withdrawn. The vapour travels upward at a designed velocity which minimizes the entrainment of any liquid droplets in the vapour as it exits the top of the vessel.

The feed to a vapour-liquid separator may also be a liquid that is being partially or totally flashed into vapour and liquid as it enters the separator.

When used to remove suspended water droplets from streams of air, a vapour-liquid separator is often called a demister.

EXHEAT electric heaters are used as a means of increasing the temperature of the liquid which has been separated. EXHEAT core heater elements allow for the removal and replacement of the elements without the need to drain the process, a feature which is particularly useful in this application. 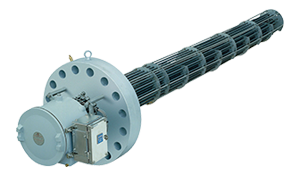 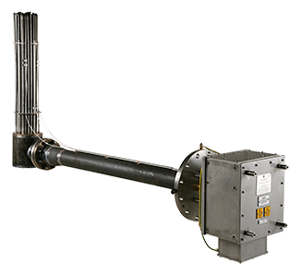